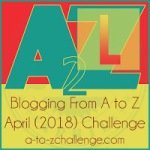 In 1504, wealthy Cheshire landowner, William Moreton, began to build a rather irregular shaped house. Described by the National Trust (who now take care of the hall) as a ‘stranded Noah’s ark’; it is decidedly top heavy. 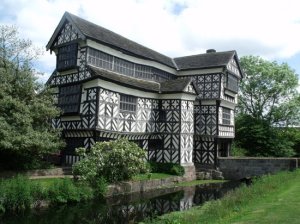 The way the building grows with each storey added is not unusual for Medieval or Tudor houses which often have an overhanging upper storey – called a jetty.   It’s purpose isn’t that clear. It could be to increase space on the upper floors, or to help make construction easier, or maybe shelter the lower floor from the weather or it might represent status or wealth. Where streets are narrow, these jetties almost form a bridge a few metres apart, while below the street is wider. Of course, you can also assume the presence of a jetty would mean the emptying of the chamber pot into road below (open sewage channels were common) would have given you more chance of missing your own walls and windows.

However, Little Moreton Hall isn’t in a town. It was built on farm land (Moreton means in old English farm in marsh land) and included a mill, pasture, meadow and woodland. The family were doing okay until the English Civil War. They picked the wrong side – the Royalist – and ended up isolated and surrounded by Parliamentarians who requisitioned the house for billeting their soldiers. Although the family were given restitution and kept the house after the war ended, they were ruined by debts. Attempts to sell the Little Moreton Hall failed and only land was disposed of. Instead, they rented the house out to tenants farmers and re-mortgaged the estate.

By 1847, the poor house was unoccupied and in a bad way. The Moretons still owned it and Anglican nun, Elizabeth Moreton, inherited the property from her sister. She restored the chapel and left the house to her cousin in 1912. Charles Abraham opened up the house to the public, charging six pence (equivalent of £8) for entry until the National Trust took over in 1955 while another family farmed the land.

The black timber beams are impressive, aren’t they? It’s not uncommon to see blacken timbers in old houses, nor in more recent ones built to imitate Medieval architecture. However, it’s not how they would have appeared all those centuries ago. Exposed timber beams were considered lowly and the practice would have been to leave the wood untreated, allowing it to age into a silvery colour, then render with an ochre paint. If the owner had money, they would add pargeting, a waterproof layer of plaster that is raised into patterns and sometimes painted different colours. 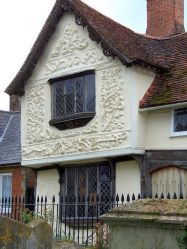 The Victorians had a different perspective. They preferred the blackened beams that emphasised the timber work. This is particularly obvious with Little Moreton Hall and along with the amazing amount of glass that must have been extravagant for an Elizabethan house, the house is bold and doesn’t look small. 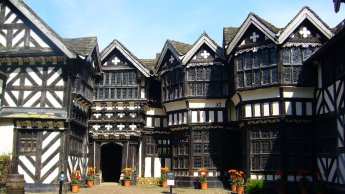 A ghost of a sobbing child has been reported in the chapel and a grey lady haunts the long gallery, which sits on top of the house giving it the top heavy appearance.

During restoration work eighteen boots and shoes were found hidden in the building, all dating from the 19th century. They are believed to be concealed to warn off evil spirits or perhaps to encourage the fertility of the female occupants.