The sad tale of the Montagu Houses #atozchallenge

Continuing my theme of Great Houses – I present not one Montagu House, but several. 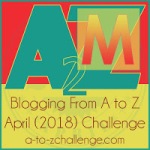 Bloomsbury was a fashionable part of northern London and between 1675 and 1679, Ralph Montagu, first Duke of Montagu, built a house designed by Robert Hooke. In 1686, it was destroyed by fire.

The replacement house was grander and French in design. The main facade had 17 bays and the roof a central dome. However, Bloomsbury was in decline by the early 1700s. The Duke relocated to another part of the city and sold the house to the Trustees of the British Museum in 1759. In 1840 it was demolished to make way for the current museum building. 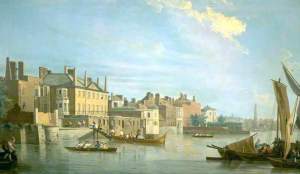 The second duke having left Bloomsbury built a house in Whitehall nearer the river.  Guess what? It was replaced.

In the late 1850s, the Duke of Buccleuch, a descendant of the Montagu dukes, replaced the Georgian house with a mansion in the style of a chateau using Portland stone. Being one of the richest men in country, he filled it with Rembrandts and Rubens and other collections, including royal miniatures. In 1917 the house was acquired by the government and in 1950 it was demolished and in its place is a Ministry of Defence’s building.

Nothing to do with the duke, this house was built in 1777 by the wealthy widow and patron of the arts Mrs Elizabeth Montagu. It was destroyed in the blitz during WW2. 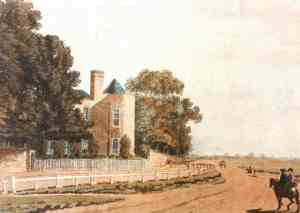 The country residence of the 1st Duke of Montagu, built in Greenwich Park overlooking Blackheath Common. Its occupants included Ignatius Santos, a former slaver and writer, who served as butler for the second duke from 1749 to 1751. He returned in 1766 to act as valet to the duke’s son-in-law.

The other famous inhabitant was Caroline of Brunswick, the estranged wife of the Prince Regent and later King George IV. The prince hated her and he was already illegally married to Maria Fitzherbert, a catholic. George and Caroline produced a daughter nine months after their marriage – Princess Charlotte of Wales – their only child (Charlotte died in childbirth in 1817 and as a result paved the way for Victoria to come to the throne). 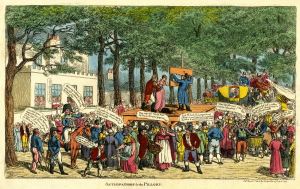 They separated and Caroline supposedly had lovers and an illegitimate child. A secret investigation was conducted in 1806, known as the ‘delicate investigation’ and it cleared her name. The public sympathesized with Caroline and her accusers, her next door neighbours, Sir John and Lady Douglas, were ridiculed in a cartoon set outside Montagu House.

George didn’t want her to be queen so he tried to divorce her using a bill that would mean publically accusing Caroline of adultery, and allowing the Lords and Houses of Commons to debate in public and find her guilty. The bill was passed after a salacious reading, but due to the small majority and public unrest (the people loved Caroline and hated George), it was withdrawn.  George barred her from attending his coronation and she died three weeks later.

And Montagu House? Demolished in 1815. Plaques commemorate Sancho and Caroline are set in a nearby wall.