Palace Theatre, the house of entertainment. 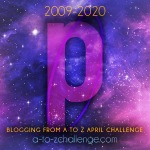 When I think of theatres I think of plays – comic, dramatic, tragic or controversial. Yet so many theatres began life entertaining with music, circus and pantomime. The Palace Theatre (not to be confused with the Victoria Palace) on Charing Cross Road, which was built in 1891, was no exception, it was originally called Royal English Opera House. No Shakespeare on offer.

The man behind its creation was Richard D’Oyly Carte, who produced Gilbert and Sullivan light operas. His scheme was to make a home for grand English operas. The theatre opened on a splendid scale with Gilbert’s opera Ivanhoe. It ran for 160 performances. And that was it. Carte failed to find other operas. An English Opera house was never established. Sir Henry Wood believed that if Carte had come up with six English operas, he might just have pulled it off. But one wasn’t sufficient. Ivanhoe proved to be both a big success and a remarkable failure.

The theatre was designed by Thomas Edward Collcutt, who also built the Savoy Hotel for Carte, the original Lloyds Register of Shipping building, and odd parts of the Imperial College. Red bricked and in keeping more with a railway station, the upper levels were supported by cantilevers to avoid obscuring pillars. The structure around the stage and auditorium, the stairwells, corridors and the tiers were built of concrete to reduce the risk of fire.

When Ivanhoe ended, Carte leased the theatre to Sarah Bernhardt, a French stage actress for a season, then sold it at a loss. Walter Emden, the architect behind the Duke of York’s theatre, converted the theatre into a music hall – the Palace Theatre of Varieties. This proved more successful than English opera. The Palace specialised in Tableau Vivant: silently posed actors in costume – a kind of living painting.

Tableau vivants were used for nativity scenes in Victorian schools, but were generally considered a risky form of entertainment when taken into music halls. Nudity was banned, so to create those scenes of Pre-Raphaelites and bathing nymphs, flesh toned body stockings were used. The Palace joined in with their own versions of adult entertainment and the local council let them, as long as they reassured the audience nobody was actually naked!

From tableau to moving images, the Palace filled its proscenium arch with a screen and put on films, including newsreels of pioneering documentary makers and the American Biograph Company, one of the earliest film producers.

It wasn’t until 1911 that the Palace adopted the name Palace Theatre, and from then on song and dance and the world of musicals took centre stage. No, No Nanette ran for over six hundred performances, the third longest of the 1920s, The Entertainer with Laurence Olivier, The Sound of Music for over two thousand shows, Cabaret, Jesus Christ Superstar from 1972 to 1980, Les Miserables ran for nineteen years.

Andrew Lloyd Webber purchased the theatre in 1983 and renovated it. He stripped away the neon board from the front to reveal the terracotta stone, which at the time was considered foolish – why removed free advertising? Cleaning up the interior revealed marble and onyx panels.

More musicals followed: Woman in White, Spamalot, Priscella Queen of the Desert, Singin in the Rain, The Commitments, and currently Harry Potter and the Cursed Child.

I think the Palace has done well to reinvent itself and keep in tune with audiences. It failed in its original mission, yes, but musicals are equally grand and entertaining, and isn’t that what theatre is all about?

Leave a Reply to The Windmill “we never close” and the war theatres. | The Quiet Writer Cancel reply